All requests and remarks posted on this blog, have been shared with the developers of the concerning products. The Feature Requests blog is my independent way of sharing, and recording both ideas and annoyance about software. Improvement is the main goal.

I need to generate random numbers for several objects. I am using this in a scene for offsetting textures automatically, in my 'procedural audience'-setup. I want every ring of audience to use the same texture, but it has to look a bit amorph, so I need each ring's texture to be offset randomly. The subsequent rings cannot be generated by a MoGraph-cloner, since the rings are not scaled, but the radius is actually increased, and the texture is tiled more often, the bigger the ring gets. 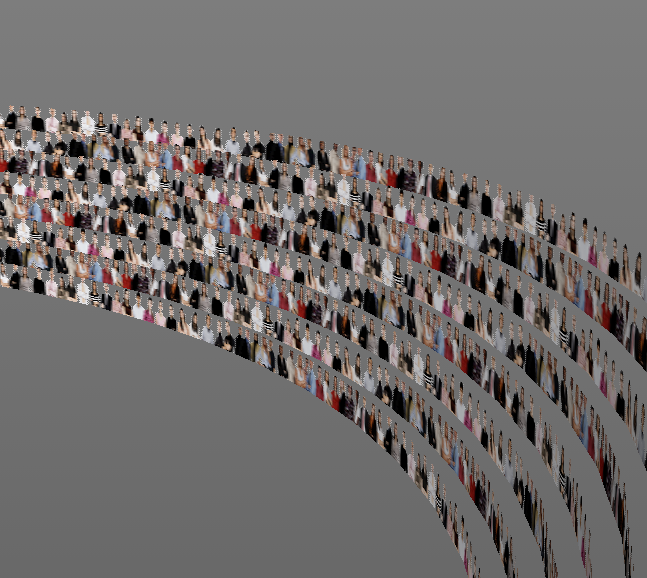 Cinema 4D's Expresso random node is somewhat limited: it only allows us to generate a random number each frame, but we need it only once. The number must be generated and then stay the same forever, even when we save and reopen the scene. It has to work like the Random Effector of MoGraph, when the noise is not animated.

Hopefully Maxon can give us this feature as an addition to the Random node, or in a new node.

When using the Sequence Layers animation assisten in After Effects, most of the time we want to offset layers in time, by changing their subsequent inpoints.

The current function only offers to input an 'Overlap'. This is not always the most comfortable way to get what we want. Overlap forces the user to calculate the time layers will overlap to get a specific inpoint offset.

My request: give us the option to specify the layer offset by either Overlap or Inpoint Offset. 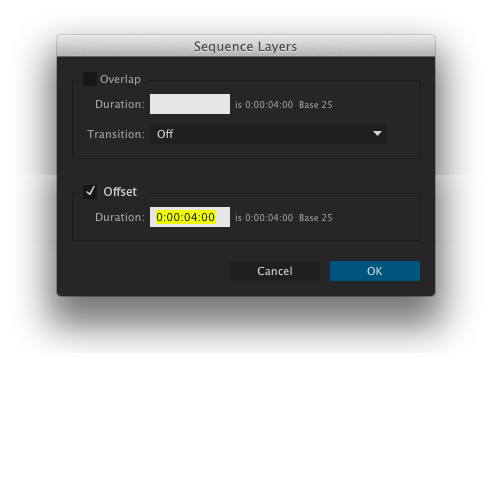